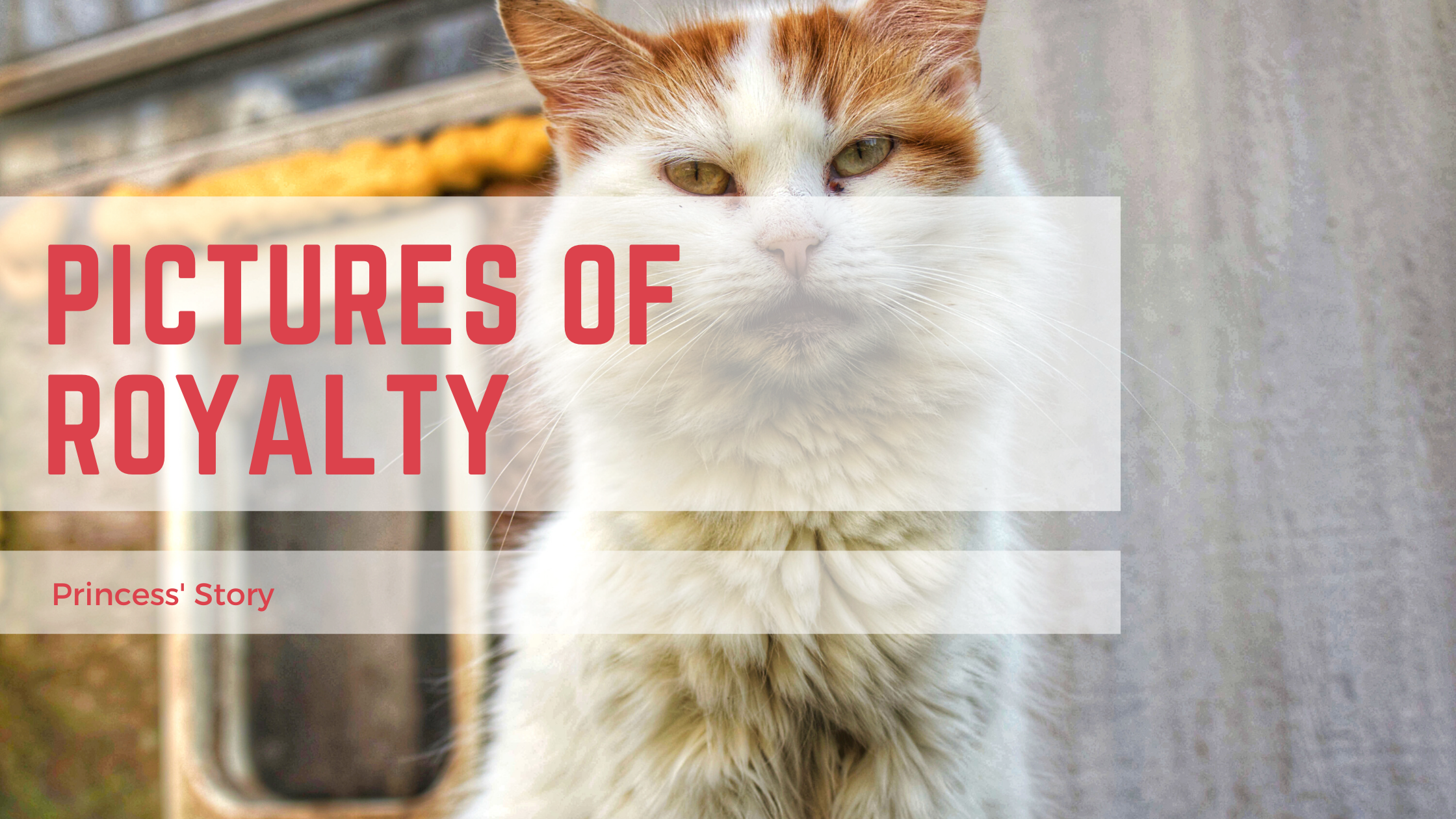 It’s not Halloween, Christmas, or Easter, so who shows up dressed as if ready to go out as Royalty?

A little cat was dumped on Sanctuary property a few years ago. She comes all dressed up, including her own crown on her head and her own magnificent cape. Come to find out, she is also a Hypoallergenic cat. Perfect if you love cats, but are allergic to them. This little girl is not only dressed like royalty, but she also acts like royalty. But she rules with love, whoever duped this beautiful girl at the Sanctuary because you do not know what you had in a precious bundle of fur. When she came into the house in Sister’s arms, Dorothy was unsure what to think. But then she was met by Boost and Toby, and She knew she has found some friends. They were fairly new at the Sanctuary themselves, but they were able to help her settle in.

After a few days, Sister told this little bundle of fur the humans did not want to just say “Hey Cat” whenever they called, so she would like to help in selecting a name. Sister is the first to notice this cat come fully dressed up just like Toby and Boost, the first Tuxedo Cat at the Sanctuary, she said “You look like a little Princess or Queen” and the cat said, “let me think about it.” She did, and the next day she was dubbed the sanctuary’s little Princess. Take a close look at her, and you will see what we mean. She is very spoiled like any Royal Princess would be, and she knows it. You, as the human, will make sure she has a clean bowl at mealtime, slightly chilled half and a half or goat’s milk served at her proper temperature, and HER station only for her. Other cats can have the big trays or their own bowls, but NOT near the Princess. Just little things like that. But for all that spoiling, she gives back lots of loving in her own way. Above all to her Daddy, Mark. When Daddy lies down on the bed, she wants to be the main attraction, right on his chest where she can love him on the face and neck while he gives her kitty love. If he is at his desk or workstations, she challenges Ms. Toppie for his attention, not wanting to admit there is enough Daddy to go around. But Daddy gives both lots of loving, so neither feels left out. Daddy is spread thin when these kids wanting his attention. Daddy’s girls want to have his attention all the time: #1A Ms. Boots, #1B Agatha, and #1C Ms. Princess. What can we say? They love their Daddy. All these kids call the Sanctuary their FUR-EVER home, so they will always have their Daddy, and he has learned he must let them “help” at times with his projects, or they are not happy.

Sadly, we have lost one of Daddy’s girls just recently. Ms. Agatha, our Viking Warrior Princess, went over The Rainbow Bridge on January 8, 2019. She will be sorely missed by humans and cats, as she was a special part of the Sanctuary. We lose any cat it hurts, don’t get us wrong. But some cats just get a little special spot in the heart if it hurts a Little Bit more when you lose them. Like Ms. Princess, all the kids are special to us. We try to give them an environment they can come to and heal, both physically and mentally. That includes lots of human love. Some, like Ms. Princess, decides to stay FUR-EVER, while others like to move on to new FUR-EVER Homes. Adopted must sign a contract, though, saying if they EVER want to get rid of the cat he or she MUST be returned to the Sanctuary for re-homing or to become a permanent resident. We do not condemn them for this decision because we know life happens, but the cat’s safety and well-being are our number one concern.

Princess decided she found her new FUR-EVER home here and has both spoiled her humans and has been spoiled by them. 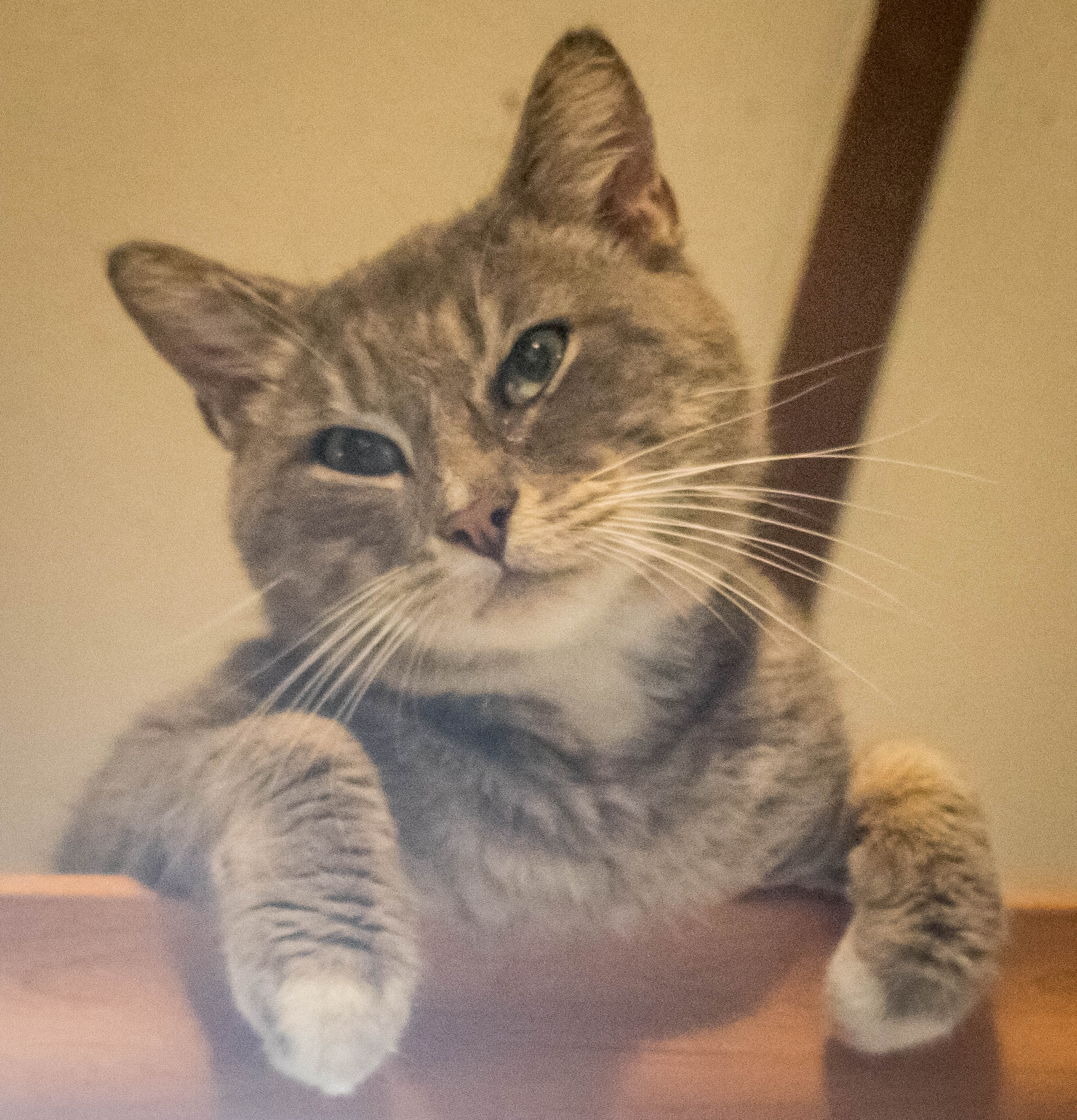 Day two of the catch, but day one for daddy and sister. After looking over the situation and talking to the cats' Daddy sets out {...}

A Little Bit of the British James Patterson’s Story One enormous cat scoping out a place to call home. One massive cat checking out humans, {...}