Django, Cobain, Ginger, and Mr. Boots – Security to the The Three Tuxedos

Last we met, we saw a major counsel meeting going on in Tuxedo Junction and the Supreme Commander Tituba herself opened the session by addressing the attendees across the CATNET. Mr. Verne and the leaders of Coolville look eye to eye as they prepare to hear what the future of their country and the planet will hold for all concerned.

The first to speak is Mr. Teddy Roosevelt as he prepares to open up the proposal that Mr. Bach and Mr. Beethoven brings to the table, “Gentlemen and ladies who join us across the CATNET, our scientific teams have been looking at all possible solutions including your choice, Mr. Bagerra and Mr. Shanti, of weather modifications. Our findings show this will affect more than your lands and in the end do more harm than good. We have found another option that could and would benefit not only you but even those beyond our planet that could also be duplicated by you on our sister worlds as well, Mr. Bach or Mr. Beethoven?”

Mr. Bach comes up next. “Thank You. The solution we are talking about is to move your primary growing area offshore, but still under your full control and jurisdiction. There are two islands to your west approximately thirty six time units by cat boat. We would help you establish your growing facilities and work with you through your first planting. After that we would be there to assist with research, monitoring, etcetera as we are now.”

Mr. Beethoven continues, “By following the plans as our team has laid out, you would have full production back up in two seasons and would be able to expand for planetary export by your third and fourth seasons. Once you have full systems running here it would be possible to take these systems and practices to our sister planets to expand production.”

Mr. Baggera and Mr. Shanti look at Jules Verne once again and seem to communicate with him silently. After a few units Mr. Verne nods as if to confirm what they have said privately one to another. The next words are “Cats prepare your plans and your teams” from Mr. Verne. With that all plans are set into motion. As time passes we find ourselves watching cat boats and freighters flying between Coolville and the new island put to their use in producing catnip and the other organic ingredients needed for the ever loved cat treats that come out of the factories at Coolville.

Unknown to Mr. Bagheera and Mr. Shanti they are about to have visitors. We look north from the factories to the spaceport and we see a terrestrial cat boat with “The Three Tuxedos” seal on its doors preparing to land. All five cats and their four guard cats transfer from the royal launch over to ground cars and head to the factory area to see how production is proceeding in regards to the reduction in raw materials.

As the entourage approaches the warehouse and factory area. They see air freighters pulling up to some of the warehouses and being loaded with equipment that looks like it has not been used since the farms on Coolville were first started. Other freighters are being loaded with seed stock while others are being loaded with planting and terra farming machines that look like they were right out of a Buck Rogers movie. As things start moving out and ships prepare for departure Mr. Toby and Mr. Patterson suggest that the team head out to the new islands to see the start of the terra farming in preparation for the first planting. Mr. Boost and Mr. Verne agree and Mr. Verne gives the orders to the guard to prepare for departure as they head back to the ground cars.

In a matter of units the Royal team is in the air following the first of the freighters to the new islands. As they approach they already see cats hard at work preparing for the arrival of the terra farming equipment. Mr. Verne is running numbers in his head and finally speaks “From what I see the cats of Coolville should be planting in seven turns of the suns and should be harvesting the first crop soon after. I would say we will have solved this problem before it became a disaster.”

Or has it been solved? The Three Tuxedos and their advisors are looking down on new land where a major crop of the planet is being moved to. Where the land should be ready to terra farm and the ground planted in seven turns of the suns. Everything appears to be going smoothly. So what could go wrong? Machine issues? Weather issues which caused this move originally? Something from outer space?

As Jules Verne and James Patterson start looking around the new land a message comes in on the CATNET through Buck Rogers. It’s a special flash from Supreme Commander, “Mr. Rogers, both my assistants, Ms. Noble and Ms. Toppie, just received messages from our sister planets saying they are monitoring traffic beyond our area of space. It appears we are heading into more trouble if the traffic is true.”

“What is the traffic showing to be the trouble Supreme Commander?”

“We appear to have space junk of some type heading toward our three planets. Ms. Toppie has been keeping tabs on a couple of our exploration ships and they say we could be seeing it on our scopes in just a couple rotations of the suns. This on top of crop relocation. This will be dividing our scientists teams again.”

“Thank you Supreme Commander, I will let Mr. Verne know shortly and have our teams standby.”

As Mr. Rogers catches up to the group he is trying to figure out the best way to let The Three Tuxedos know about this new problem. He will also have to see how it might affect what is happening here at the farms. “Mr.

Verne, we have a new situation developing that The Three Tuxedos need to know about. The advisors to the Supreme Commander are monitoring traffic between our sister planets and a couple exploration teams in space. They are talking about some space junk we may have problems with.”

“What does that mean to us right now Mr. Rogers? We see space junk passing us on a regular basis.”

Mr. Rogers replies “This appears to be different, primarily due to the size of the field. It looks like it is coming right at all three planets and is heading on a collision course, not a course to bypass us. Ms. Toppie says our ships are having to move thousands of space units off their current courses to avoid the field. And they have no idea at this time of their origin. As soon as Cats Paw can pull in behind the debris field they will start taking a close look at what it contains and try to figure a way we can fight it before it gets too close to Catdromida. “

“OK Buck, keep us posted and do not take my cattitude personally. I know you are just reporting and keeping us up-to-date. Tell Ms. Toppie and Ms. Noble to keep us in the loop and thank them for their meticulous work. As soon as we finish here and get back to Tuxedo Junction I will want to get together with Bach, Beethoven, and Teddy to find out what they know and what we might do to protect our worlds. It appears this will now become priority one.” With that the team finishes its inspection then heads back to transparent and back to Tuxedo Junction.

As the team heads back to Tuxedo Junction Buck Rogers gets regular updates. As he gets them he lets Mr. Verne know what he is told and keeps the Security Team informed so DJango knows what is going on and what he and his teams will need to do to protect The Three Tuxedos and their advisors. As they prepare to land Jules Verne looks over at DJango, Ginger, and James Patterson. “When we land, go down the stairs and immediately activate the war room. We will meet you there shortly. Buck, advise the Supreme Commander and her advisors as to what I am doing so they have the option of joining us there. Boost contact, Bach, Beethoven and Teddy. Have them meet us in the war room.” As each cat gets their orders they nod to acknowledge and start planning what to do when they land. 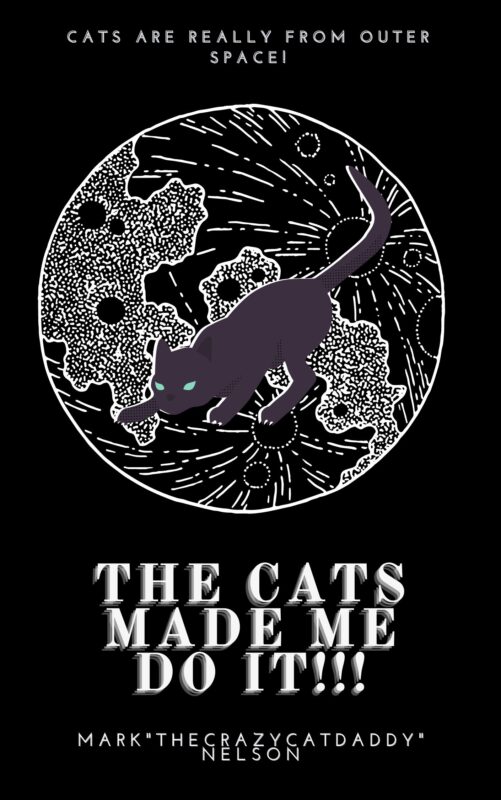